On June 29, 2018, Posted by Susannah Baker, in Encouragement, With 5 Comments 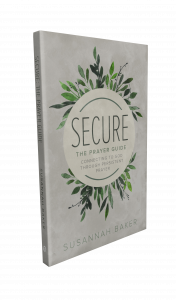